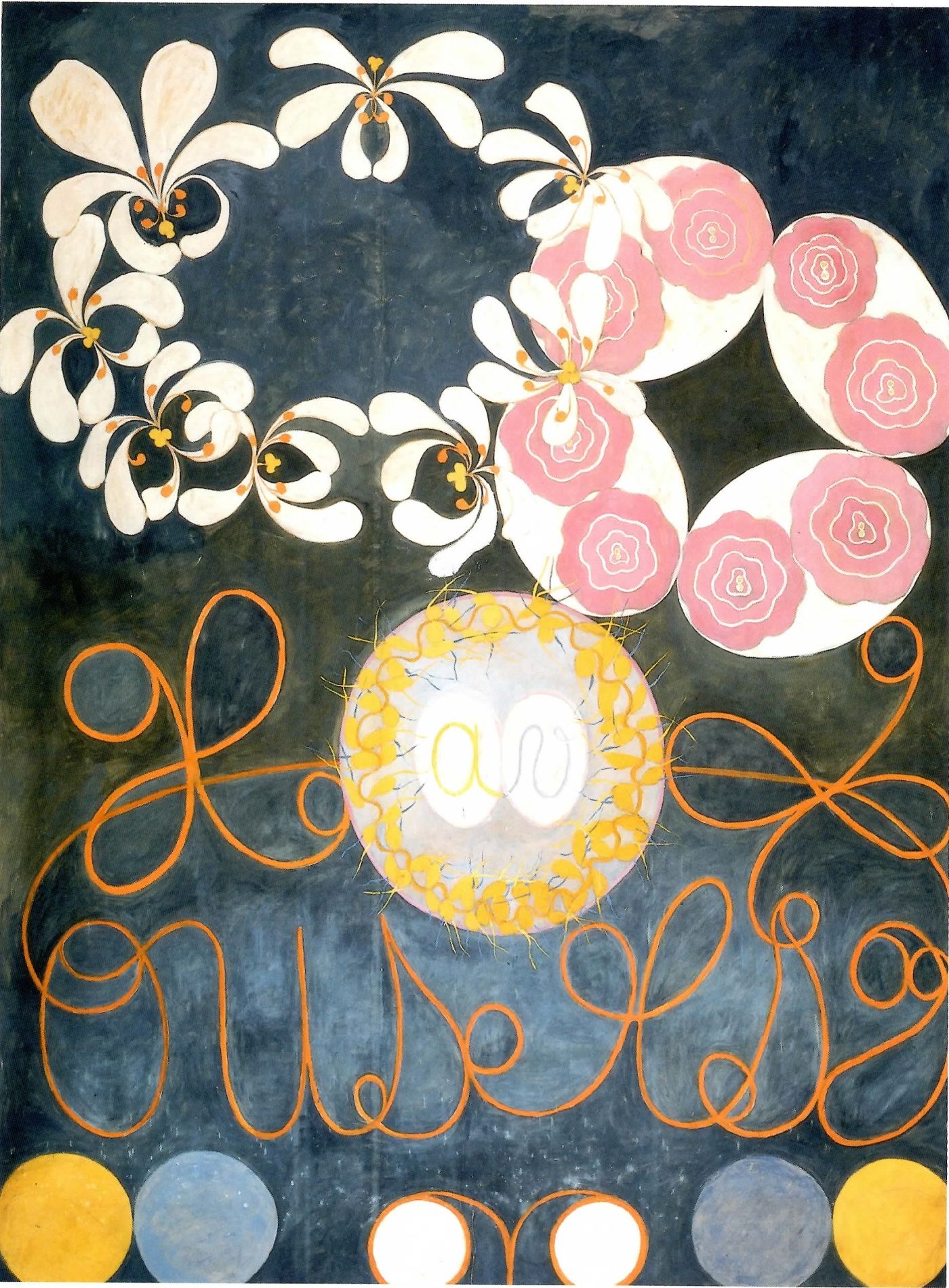 Preparations in the previous life

A group of five women in Stockholm gathered between 1896 and 1906 for spiritual studies. During these gatherings, they received teaching from spiritual teachers and they documented it carefully. The teaching was conveyed primarily through Sigrid Hedman who was a sleeping medium, but also when she and the others in the group used psychographs and did drawings guided from the spiritual dimension. The women often met weekly and sometimes even more often during several years and the material gathered became quite extensive.

The teaching was said to be aimed at bringing forth an old and forgotten spiritual truth. Throughout the whole time of the teaching, a consistent and firmly anchored philosophy emerges. Through my own research on the ancient mysteries, I have gradually understood that this philosophy has strong similarities with the ancient Orphic mystery philosophy, but also that all genuine mystery philosophies contain the same basic thoughts.

Among the themes that were repeatedly treated in the teaching were:

• the steps on the path to the completion of evolution

• that the truth of the Mystery was hidden behind the Christian doctrine, which was said to be a complete distortion

• that the divine power, the Spirit, is love

Spiritual development was described in terms of the mystery cults. First, a physical image of man was created in the form of a temple where a holy meal of bread and wine was celebrated. The outer temple was then demolished and the women were trained to exercise their purely spiritual abilities with the aim of freeing the soul and becoming at one with the Highest. The last development was said to start when the outer road ends and an inner development under the direct guidance of high invisible intelligences begins.

The artist Hilma of Klint (1862-1944) was one of the women in the circle who began to receive the teaching of the spiritual world in the mid 1890s. Hilma had already been interested in spiritism since the 1880s, which at that time attracted great interest both in Sweden and in other countries. She was also an early member of the Theosophical Society in Stockholm, founded in the year 1889. Hilma had been educated at the Technical School, the current University College of Arts, Crafts and Design in Stockholm. At the turn of the century, Hilma was a portrait painter and landscape sculptor, she had a studio in central Stockholm and had exhibitions at Blanch's art gallery.

When the spiritual teaching of the five women ended in 1906, Hilma entered an intensive and innovative period in her artistry. During the ten years between 1906 and 1916, she painted nearly two hundred works in a manner that she herself characterized as medial. She called this work the Central work or the Paintings for the temple. The first paintings were according to her painted entirely under the guidance of spiritual forces. But over the years she became more independent and, in her last painting series, she contributed herself with fifty percent, while fifty percent came from the spiritual world.

Among the themes that Hilma worked with in her paintings and in the texts she left behind, were the following:

Hilma gathered the texts of the spiritual education that the five women had received between 1896 and 1906 as well as her own notes and paintings. She kept her work hidden throughout her life and she also determined in her last will that it would continue to be kept hidden from the outside world for at least twenty years after her death. The work would be held together to once benefit the humanity in the way that was described in the unknown plan of the High Masters.

Hilma of Klint´s work is made available

in Hilma af Klint's testament her nephew Erik af Klint received the responsibility of managing the work and this responsibility was later taken over by Erik´s son Gustaf af Klint. In the 1990s, some of Hilma's paintings began to be exhibited and in 1996 Gurli Lindén published some of the texts that the five women in Stockholm had received between 1896 and 1906 in the book "Vägen till templet" (Swedish).

Hilma af Klint's central work, with the paintings from 1906 to 1916, was shown for the first time in full in the Millennium Exhibition at Liljevalchs at the turn of the year 1999-2000.