The level of the Self

A great spirit is a force that can fill up and bridge over all distances, both in time and space. If the spiritual power is large the soul can leave the body and set off for other dimensions. In the spiritual force a lot of what can seem solid and self-evident can dissolve and obtain other dimensions. In the Kingdom of the Spirit time and space are subordinated dimensions. The freedom of the spirit is so great that the limitations of matter no longer exist. All that has been created can be recreated. All firm rules and limitations can be released.

If a human allows the spiritual force to pour into the vessel that body and soul form, she will gain access to new truths. Her perspective will change and the apprehension of what is firm and true will change from a material approach to a spiritual conception of the world. In such a picture of the world, life on earth is but a minor part of a much greater and wider context. The Kingdom of the Spirit reaches outside time and space and makes it possible for the soul to travel through dimensions with totally different characteristics than those of the earthly existence. (The Text from the High Masters)

Continued dissolution of karma and development of love

During the second year, development continued. I became more aware of different previous lives, and this increased awareness also led to dissolution of more karmic injuries and blockages. In some cases, I became aware of certain special lives and events, which gave as result that the associated blockages were dissolved through understanding and forgiveness. But in other cases, it was my increased ability to love and my growing insights and spiritual abilities that dissolved old blockages without me even knowing what they really were about. The large contributions of spiritual power that I received from the spiritual dimension also greatly helped to accelerate my development and intensify the purification process.

Confluence of human and divine power 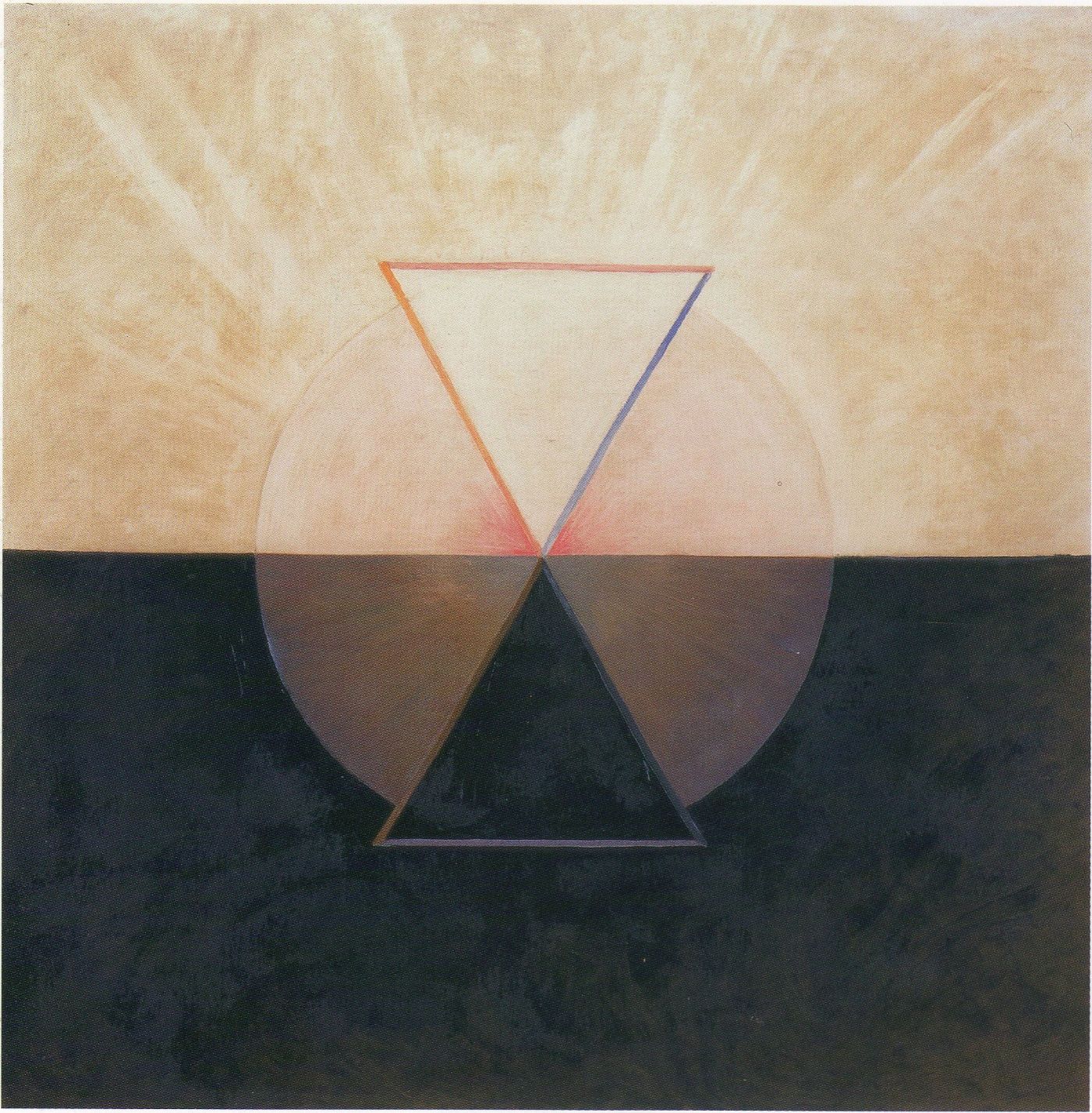 During this second period, I was flooded with images and symbols from several different ancient spiritual currents. The image of the crucified soul, that I saw in a vision in the first initiation is of course connected with Christianity. But afterwards I understood that it was used already in the Orphic mystery where Bacchus or Orpheus was portrayed as crucified.

During the autumn, I had strong visions with the Taoist symbol of Yin and Yang, this Chinese spiritual current still was working very strongly. I had visions of the Spirit circling like a snake around a rod, an image found in several ancient mystery philosophies and can be traced as far back as to the Sumerian philosophy. A strong vision with a large crystal-clear diamond represented the force called the vajra force within Tibetan vajrayanabuddhism.

The hexagram was created in a very strong meeting between my upward directed love and longing, and the downward directed power of divine love. The hexagram is an ancient symbol in Indian philosophy. There, the upward directed triangle represents Shiva and the downward directed Shakti. The union of the triangles represents creation through the power of these forces. In Tibetan Buddhism, the hexagram is called "the origin of all phenomena". The hexagram is especially associated with tantric philosophy and Vajrayogini, the highest divine female force (yidam) in tantric yoga within Vajrayana. The strong vision of a diamond that i received about the same time also pointed in the direction of Vajrayana Buddhism (the diamond path), although I did not know anything about tantric Buddhism at that time.

The soul explores the material universe

During this period, my consciousness explored the material universe. The step up to the level of the Universal Self had liberated my consciousness from the constraints of time and space from earlier stages.

Back to the source in the centre of the universe

This period culminated in an experience where the soul reached the centre of the universe where new souls were born in a state of wonderful balance, order and peace. The new souls were displayed as drops of "living gold". The vision of molten gold brought out in the universe gave me the feeling that it was the "centre" of the universe I saw and that every golden drop was a new human soul born of the Divine. The drops were spread out over the universe in a kind of lace pattern. 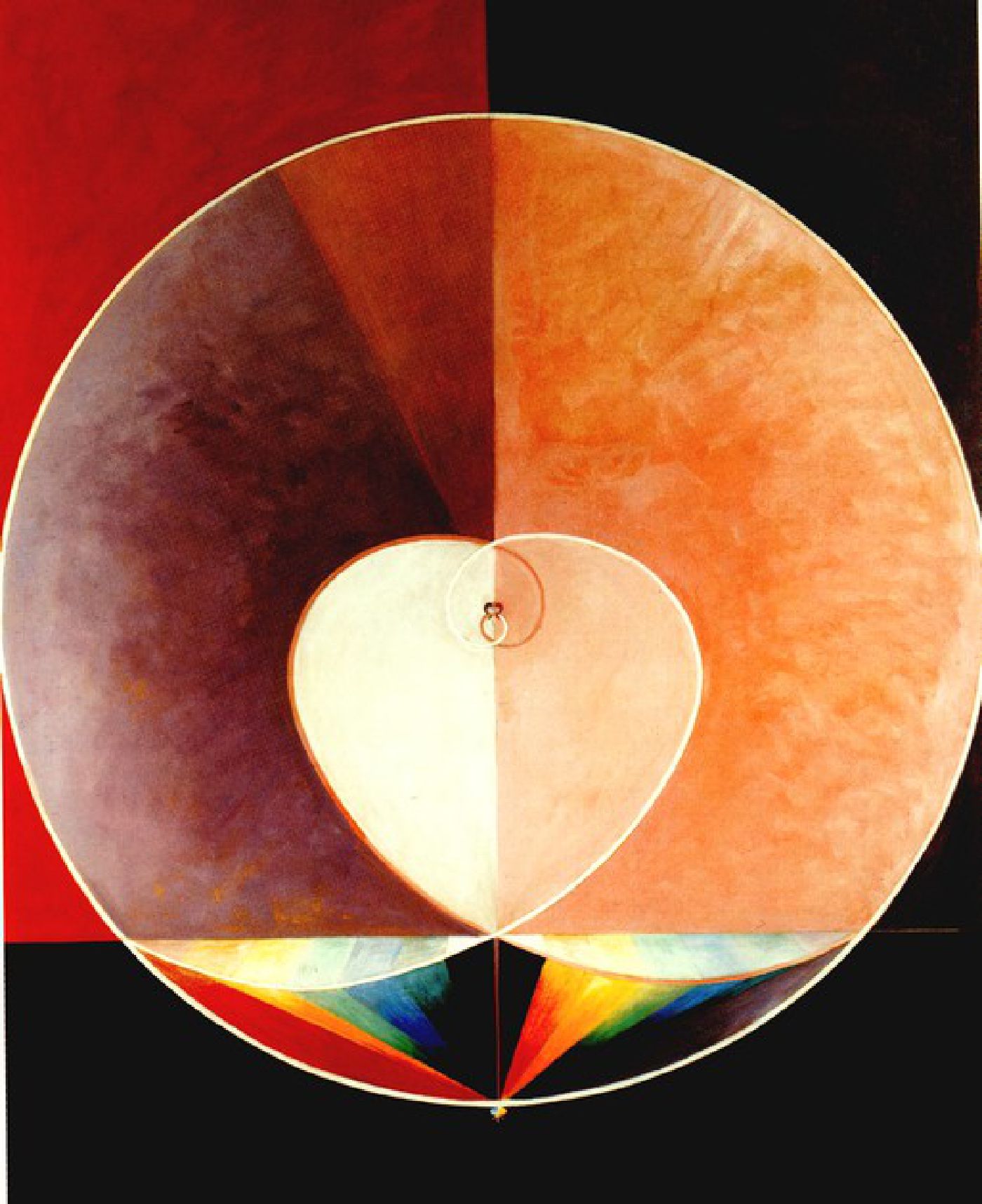 I participated in a new qigong course in June of 2001. The second year of my spiritual development was now completed by an extremely strong initiation where I received a vision of the Divine in its male-female form.

We practiced qigong and had qi regulation before dinner and I got a huge breakthrough. It was as though I were in a volcano, as if I were a volcano that was erupting. Fire, lava, indescribably strong. In the middle of the experience, it was as if someone asked me something, I answered "I belong to God." I fell on my knees, thanked, prayed. It ached everywhere in the body, opened what was left to open.

I cried, my thought was that this is too big for me alone, we need to help each other. We are here to help each other. These enormous powers, they really open the channels now. I do not understand what's happening, and nobody else does. I must try to be mature in this. Glorified in him / her. I remember that I saw at least one figure in the "fire". Something high, so beautiful.

What happened was, exactly as Hilma had received information about from the spiritual dimension in 1908, a spiritual fusion between me and my dual, which caused Eros to manifest. The figure I saw was incredibly high, as made of living gold. It was as though it were both male and female at the same time. The beautiful face was divided as if a male and female twin were assembled. There was no "stitch" or visible joint, it was really one being, but one side was male and the other female. In perfect balance and equality. A divine manifestation. This was a manifestation of the love aspect of the Divine, which for example, is illustrated in symbolic form in Hilma's painting Duvan nr 2 above.  In connection with this incredibly strong experience, I received a question that apparently was "who do you belong to?". I replied, "I belong to God."

The experience above illustrated how I was lifted to the next level. The door to the dimension of the Spirit was opened and I reached the domain of Divine Love. I could later identify the divine, male-female power that I saw, as the Sumerian goddess of love, Inanna. Inanna was the prototype for many later goddesses- and gods of love, for example Astarte, Ashera, Aphrodite, Dionysus, Hathor, Isis as well as the Eros of Orphism.