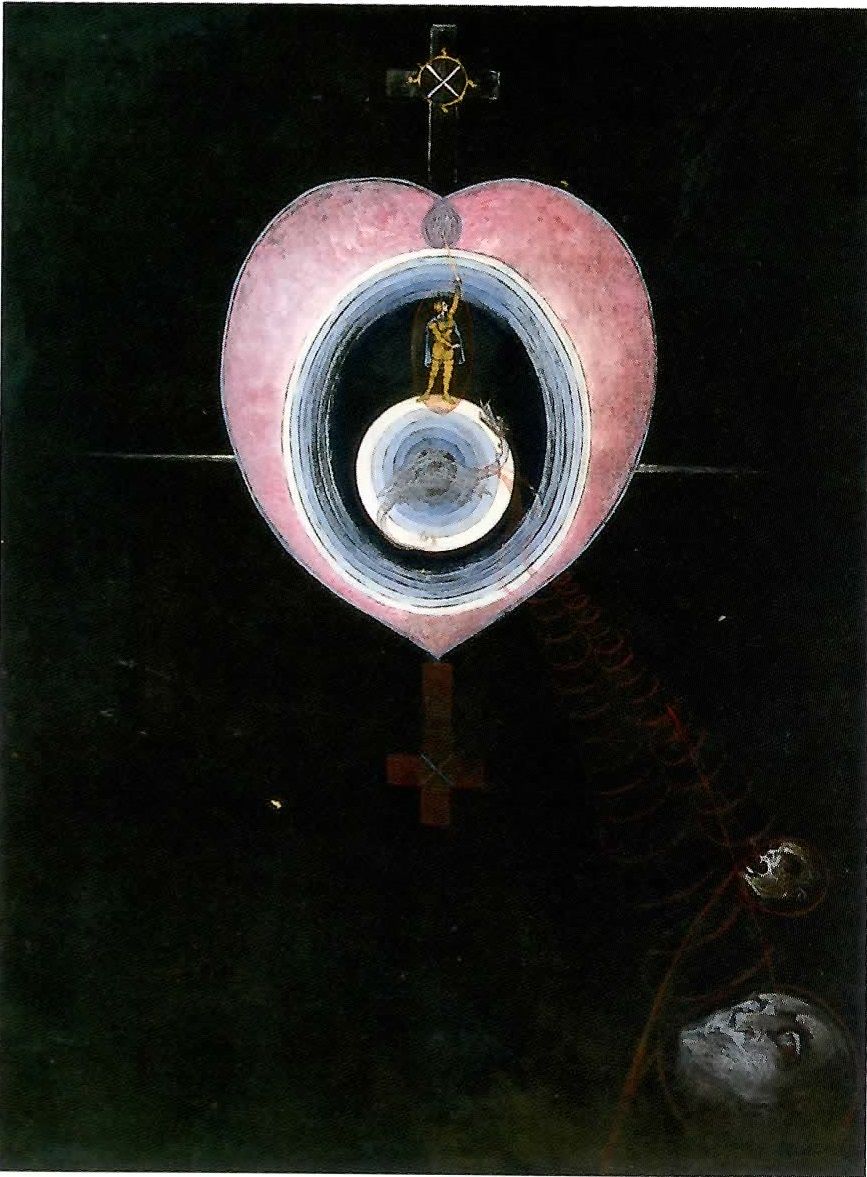 The truth about the Quran

PHASE 7. MUHAMMAD WAS A CHRISTIAN AND THE QURAN IS ABOUT THE BIBLE

Islam arose as a direct offshoot of Roman Christianity. Muslims can also be seen as the only true followers of the Jewish Christians, as they both honor the laws of Moses and all the prophets of the Old Testament as well as believe in the Christian gospel about Jesus being the Messiah that the prophets had spoken of.

In the 600's, Roman Christianity was divided into several different churches:

• The Western Church, based in Rome and the Eastern Church with its seat in Constantinople, which together formed the Chalcedonian churches.

• Monophysites in Armenia, Syria and Egypt

• Nestorians and Monophysites are commonly known as the Oriental churches. These rejected the faith in Mary as the Mother of God as well as the teaching of the two natures of Christ.

In Mecca, the city's power centre was the temple Kaaba that was controlled by the Quraysh tribe. The traditional religion in Mecca was polytheistic, but there were also Christian and Jewish communities in the city.

Muhammad was a Christian

Muhammad (about 570-632) lived in Mecca and belonged to the Quraysh tribe, but he was not a polytheist but a Christian monotheist who believed in both testaments of the Christian Bible and all the prophets from Abraham to Jesus.

Muhammad was one of the leaders in a power struggle in Mecca between Christians who wanted to throw out polytheism and introduce Christianity, and the rulers of the city who worshiped the traditional gods of the Kaaba.

Muhammad's strategy was to unite all the people of the Christian Bible, i.e. both the Jewish Christians and the Oriental Christians, against the idolatrous polytheists.

In 615, when the religious struggle in Mecca between Christians and polytheists became more intense, parts of Muhammad's group fled to their brothers in faith in the Christian city of Axum. This city was situated in the present northern Ethiopia, and there they were protected.

In 622, Muhammad's group of monotheists moved to Yatrib (Medina). Here he began to unite Jewish Christians and Oriental Christians like Nestorians and Monophysite Ghassanids (known as Sabians in the Quran), against the polytheists of Mecca.

When Muhammad had taken power in Yatrib (Medina), he and his men began raiding caravans, making war on other Arab tribes and ethnic cleansing of Jews in Yatrib while taking over their possessions. Muhammad himself took one fifth of all the booty. He also took many women, including women who were taken as booty from defeated tribes, daughters of allies, and close relatives as Zainab, the wife of Muhammad's adoptive son Zaid.

In 630, Muhammad's troops could conquer Mecca and take over the temple Kaaba, converting it to a monotheistic sanctuary.

1. The monotheistic god of the Bible is the most powerful - he has created heaven and earth.

2. His power to protect his chosen people has been proven through the stories of prophets like Abraham, Noah, Moses, Jonah, Solomon, David and so on.

3. But people have been sinful and disobedient, they have worshipped false gods and persecuted the prophets.

4. On the Day of Judgment, all sinners who do not surrender to this mighty God will be sentenced to burn in the fire of Hell forever, while all righteous will live in Paradise (the garden) forever.

In the New Testament, this structure is found both in the speech of the end of time (Matt 24-25), in the speech of Stephen in the Acts chapter 7 and in the Book of 2 Peter. It is a simple and effective scaremongering propaganda that is still used in Christianity and Islam to convert people.

A righteous person, according to the Quran, is a Christian who believes in the entire Christian Bible

Those who are righteous and pious are according to the Quran those who:

• obey the whole Christian Bible, both the Torah (OT) and the gospel of the NT.

• believe in the God of the Christian Bible.

• believe in the Day of Judgment according to Christianity's approach.

• adhere to the covenant that was established between God and Moses in the wilderness and obey the laws of Moses.

• believe in the angels mentioned in the Bible (Gabriel and Michael).

• believe in all the prophets of the Christian Bible (ie in both the Tanakh/OT and the NT) and do not make a difference between them.

• are righteous, fasting, praying, and paying alms to the poor as Jesus did.

• make pilgrimage to the holy place (Jerusalem) according to Jewish and Christian custom.

• honor Mary who gave birth to Jesus and is a servant of God as she was.

• believe that Jesus was born of a virgin.

• Discussions in the Quran about the divinity of Jesus and of his mother Mary and about the human nature of Jesus, are of relevance only in a Christian context where Monophysite and Nestorian Oriental churches opposed the Chalcedonian churches' dogmas about Jesus and Mary.

• Condemnations of Jews in the Quran are generally a repetition of reproaches of the disobedient Jewish ancestors in the two Testaments of the Christian Bible.

• in other cases, are condemnations of Jews and Christians in the Quran later additions, made when Islam was separated from its Christian roots after Muhammad's death.

Muhammad created a compromise between Jewish Christians and oriental Christians

• Muhammad united Jewish Christians and oriental Christians against the polytheists. The unifying factor was the common belief in the two Testaments of the Christian Bible and all the prophets there, as well as the belief that Jesus was the Messiah.

• The Quran contains instructions that the laws of Moses (the sharia) must be obeyed, so that the Jewish Christians could accept to be part of the new congregation.

• The circumcision and the direction of prayer, originally directed against Jerusalem, are other examples of Jewish Christian elements in Islam.

• The choice of Friday as the day of Sabbath for the new congregation, was a compromise between the Jewish Christians who celebrated the Sabbath on Saturday and the Christians who had Sunday as their resting day.

• After the death of Muhammad in 632, the work to assemble and edit the Quran continued until the time of the third caliph Uthman (reigned 644-656). When the Quran was considered complete, all previous versions were collected and destroyed.

• After Muhammad's death, he was made the last and greatest of the prophets.

• Through the manipulation of texts in the Quran, the Scripture, which, according to Muhammad, had been the Bible, instead became the Quran. God's messenger, who had been Jesus, became Muhammad and submission under Christianity became the belief in the new religion of Islam.

• What used to be Jewish and Christian customs were turned into Muslim practices. The prayer direction was changed from Jerusalem to Mecca.

• Muhammad's propaganda had been about uniting the peoples of the Bible, in the form of Jewish Christians and Oriental Christians, against the polytheists of Mecca. Now, it instead became a propaganda for uniting Muslims against Byzantine Christians and Sassanid Persians.

• The Holy War, which had been a war against the heathen in Mecca with a promised place in Paradise, became a war for the people of the Quran against other monotheists, but the place in Paradise was still guaranteed for the holy warriors.

Muhammad is born. One of his uncles was a Christian and there were many Christians in Mecca and other cities in the area.
Ca 595
Muhammad marries Khadija. The wedding ceremony is performed by the Christian monk Waraqah, who was Khadiah's cousin. Several of Muhammad's close friends were also Christians.
Ca 610
Muhammad began to preach from the Christian Bible and warned the people for the approaching Day of Judgement. According to the Quran, he urged all monotheists (Christian and Jewish Christians) to be united and to understand that their religions derived from Abraham's covenant with God and that Jesus was the prophet that was predicted in the Tanak/OT and who had fulfilled all prophecies there.

When the religious battle in Mecca between Christians and polytheists became more intense, parts of Muhammad's group fled to their Christian brothers in the Christian city of Axum.

Muhammad's group of monotheists moved to Yatrib (Medina), where he began to unite Jewish Christians and oriental Christians against the polytheists in Mecca.

Muhammad's troops conquered Mecca and took power over the Temple of Kaba, which was converted to a monotheistic sanctuary.

After Muhammad's death, the work to assemble and edit the Quran continued until the time of the third caliph Uthman (reigned 644-656).

The origin of Muslim myths

The name of God is Alaha (Allah).

Origin: The term "alaha" for "god" is derived from the old Aramaic version of the Bible called Peshitta. See, for example, Genesis 33:20 in the Peshitta.

The name Muslim for the righteous.

Origin: The word Muslim means "one who submits to God". The disciples of Jesus believed in Allah (the God of the Bible) and they were Muslims according to sura 3.52. A Muslim is thus a Christian who believes in the Bible.

Muslim myth: Kill all apostates, even if they are your sons or brothers.

Origin: Christian and Jewish Christian belief in the story of the inauguration of the covenant on Mount Sinai in Exodus 32:25-35.

Muslim myth: The benefit of marriage between close relatives.

Origin: The history about the daughters of Zelophehad in the book of Numbers.

Muslim myth: Belief in the inferiority of women.

Origin: Christian propaganda for the suppression of women based on the myths of the Tanakh/OT about Eve's creation from the rib, the cause of the Fall and the hatred of the goddesses as well as hatred for women put forward in Paul's epistles.

Muslim myth: Jesus was the Messiah and Mary was a virgin.

Origin: Christian belief in the gospel about Jesus and Mary in the Bible.

Muslim myth: The five pillars of Islam are the beliefs in a single god and his prophets, as well as demands for alms, prayer, fasting and pilgrimage.

Origin: The only god is the God of the Bible, and the prophets are the prophets of the Old Testament and the New Testament. Alms, prayer and fasting are mentioned as the most important deeds of a righteous person in the Christian Gospel. The pilgrimage was originally carried out to Jerusalem by Jews and Christians.

Origin: Obedience under the laws of Moses in the Tanakh/OT.

Muslim myth: Display of bloody sheets as proof of marriage after the wedding night and stoning of women.

Origin: The Law of Proof of Virginity and stoning of Women in Deuteronomy 22:13-21.

Origin: The annual feast of the Jewish Christian Ebionites, with unleavened bread and water. They did not use the Christian Communion with wine.

Muslim myth: Jesus and his mother were not gods.

Origin: Nestorian denial that Mary had given birth to God.

Muslim myth: They neither killed nor crucified Jesus, it only seemed so.

Origin: Understanding in some Christian groups, such as in Egypt in the 300's.

Muslim myth: The human nature of Jesus was created in the same way as Adam.

Origin: The belief of the Monophysite Churches, that Christ only had one (divine) nature and their resistance to faith in the trinity.

Muslim myth: The prophets of the Old and New Testament shall be honored equally.

Origin: Need to appreciate both the Testaments of the Christian Bible equally high to unite Christians and Jewish Christians.

Origin: Originally the Archangel Gabriel's Revelation to Mary in the Christian Gospel.

Muslim myth: Obligation in the Quran to lock women in in their home

Origin: Propaganda to take power from Muhammad's wives after his death.